The first option for getting rid of dead animals on your property is rendering. Rendering is a removal method where the carcasses of the dead animal is put inside of a container and exposed to targeted high temperatures. These high temperatures are designed to allow the pathogens in the animal to break down.

Before an animal goes through the rendering process, the vertebra and spinal cord have to be removed from the animal. This process was adopted to prevent the spread of specific diseases, such as mad cow disease.

This extra step is one reason why many farming operations stopped using the rendering process, as removing the spinal cord and vertebra adds a lot of time and energy to this disposal method.

The second option for getting rid of the dead animal carcasses is incineration. With incineration, the animal is burning up via a source of fuel. More often than not, propane, diesel, or natural gas is used for this process.

The animal is put inside of a special incinerator for this process. This process is similar to the process of cremation for humans; the animal is burned down to ashes.

When it comes to dealing with a dead animal carcasses, you need to have a plan for getting rid of the carcasses. For example, you can render the carcass, incinerate it, or bury it. You need to know what you plan on doing with the carcasses ahead of time. Work with a company like Tri-County Dead Stock Inc if you don't have the resources to deal with a carcass on your own. 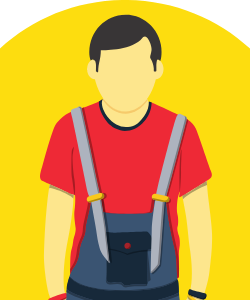 The agricultural industry has changed so much over the past few decades. There are fewer smaller farms, and instead many large farms that produce food for the masses. High-tech tractors and harvesters have replaced smaller, people-driven equipment. If you're not in the agriculture industry yourself, it's tough to grasp just how much knowledge farmers need to have in order to produce enough crops, protect them from disease, and actually turn a profit. We created this website to offer the everyday person more insight into the agricultural industry. Even if you do work on a farm or own a farm, you'll enjoy exploring our content to gather tips to implement in your own fields. Happy reading.